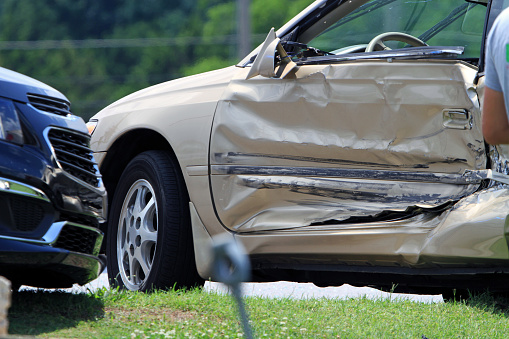 A recent intersection accident in Omaha that resulted in three fatalities has residents wondering why state officials haven’t done more to prevent serious crashes at the infamous crossing, according to NBC 6 News in Omaha.

The deadly intersection is located where Highways 77 and 109 meet in Omaha. In late July, three siblings died in an accident when their vehicle was struck by a pickup truck while trying to cross six lanes of traffic.

Last September, a husband and wife died in a car accident at the same intersection while trying to cross Highway 77. Since then, residents have pleaded with state officials to make changes (including lowering the speed limit or installing a traffic signal) at the intersection to make it safer.

Intersection accidents are among the most common and most serious accidents. Each year, an estimated 50% of motor vehicle fatalities and injuries nationwide involve crashes that occur at or near an intersection, according to the Federal Highway Administration.

This is why Nebraska transportation officials have made reducing intersection accidents one of the state’s top priorities.

“The Department of Transportation is constantly reviewing intersection operations to look for improvements that can be made,” the state’s 2019 annual Traffic Crash Facts report states.

How a lawyer can help when you've been injured

You might think you don’t need an attorney if you were injured in a crash that wasn't your fault. Unfortunately, injury claims involving car accidents often turn out to be complicated legal battles. Whether it’s a problem with the at-fault driver or the driver’s insurance company, having a lawyer in your corner can often make a dramatic difference in the outcome of your case. In fact, studies have shown that those who hire a car accident attorney receive an average of 3.5 times more compensation compared to those who don't.

At Ausman Law Firm P.C., L.L.O. in Omaha, our legal team can help you maximize the value of your claim. We know how to investigate serious accidents, and we know what evidence to look for to compile a strong, legal case. As your attorney, we can advocate for your best interests and fight for the full amount of compensation you are entitled to recover under Nebraska law.

Discover how our law firm can help you and contact us today to schedule a free case evaluation. Our office is located in Omaha, and we would be honored to talk to you about your potential legal case.