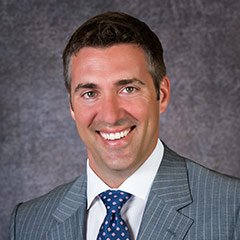 Jason started practicing law in August 2001. As an associate with a larger Omaha law firm, Jason defended personal injury claims for insurance companies. He enjoyed this experience and gained valuable insight into the process by which insurance companies value injury claims and argue against making higher payments. But Jason knew very early in his career that he wanted to help those injured as a result of another's negligence.

In 2003, he received this opportunity when he joined a smaller law firm handling such cases. From 2003-2007, he successfully helped clients injured in motor vehicle collisions, motorcycle collisions, semi-truck collisions, workplace accidents, and as a result of negligent medical care. This experience reaffirmed Jason's early desire to help people instead of large companies.

In May 2007, Jason founded the Ausman Law Firm, P.C., L.L.O. Since that time, he has continued to dedicate his practice exclusively to helping the injured. Every day, he fights to recover damages for his clients. While Jason primarily handles injury cases in and around the Omaha area, he is proud to have represented clients throughout the state of Nebraska, including those who reside in Lincoln, Plattsmouth, Fremont, Norfolk, Columbus, David City, Albion, Hastings, North Platte, Kearney, Grand Island, York, Central City, and several other Nebraska communities.

Jason's practice has grown over time, but his goal for each and every client remains the same: personal service and maximum compensation. Jason is proud to work with his team to achieve this common goal.