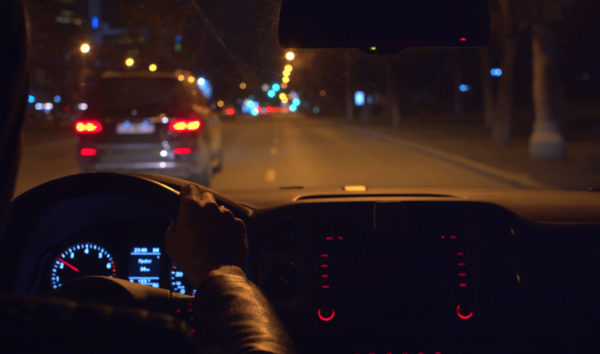 It used to be mostly late-night shift workers and people with sleep disorders who were driving drowsy, fatigued, and unfocused. Now, a third group can be added to this list: “Zoom zombies.”

A Zoom zombie, or “zoombie,” is someone who has lost focus due to attending too many videoconferences and chats online. This haze doesn’t lift right away. It's not uncommon for a person to attend a video meeting then drive down I-480 while they're unable to focus. Situations like these are ripe for car accidents.

In a nationwide survey, 54% of Americans who drive said that they have trouble focusing on the road after video chatting, according to Root Insurance.

Some researchers think these zoned-out drivers are responsible, at least in part, for the 24% spike in the number of people killed in traffic accidents during 2020 — the height of the COVID-19 pandemic.

At Ausman Law Firm P.C., L.L.O. in Omaha, we are hearing more and more from people seeking legal help after being injured in crashes caused by distracted drivers. Every year, there are about 4,500 drivers involved in distracted driving crashes, according to the Nebraska Department of Transportation.

Zoombies weren’t the only thing that drove up fatal accidents, according to the Root Insurance study.

Root Insurance’s driver survey reveals that zoombies aren't the only thing that increased fatal crashes. Other risky driving behaviors that may have added to the fatalities include:

Nebraska has slightly fewer unfocused drivers on the road than the U.S. average, according to Root's 50-state comparison.

Too much screen time?

It may seem odd that something as simple as participating in a videoconference could lead to a fatal car accident, but studies have shown the adverse effect of too much screen time.

A recent Stanford University study found that most video chat platforms exhaust the mind and body. The researchers called it “Zoom fatigue” because of the service’s popularity. They stressed, however, that the tiring effects of videoconferencing apply to all video communication, not just one company.

The study found four main reasons why talking over video wipes people out. Here's what the research shows.

In normal meetings and conversations, there is a lot less direct eye contact. In video conferencing everyone is staring at everyone else’s faces — sometimes for hours at a time. Being stared at is stressful for most people. It’s also possible that people are additionally stressed by the largeness and closeness of some of the faces in video calls. Your brain may be interpreting this as an intense situation.

Oftentimes in video conferencing, you can see your own face among the participants. Studies have shown that when staring into a mirror, people become more critical of themselves, and that can be very taxing.

Even when attending in-person meetings, people usually move around more than they do when in videoconferences. Most home computer and laptop cameras have a narrow field of view. This creates only a tight spot for a person to move. That’s not natural and it’s tiring.

In normal face-to-face conversations, people explain a lot through facial expressions, gestures, and other nonverbal cues. People have to work harder to see and send these same messages through video.

Recovering compensation after a car accident

If you or a loved one was in a car accident caused by a "zoombie" or another type of negligent driver, under Nebraska law you have the right to pursue compensation for your losses. The issue is you have to deal with the at-fault driver's insurance company, and car insurance companies have a vested interest in keeping claim settlements as low as possible.

As such, it's common for insurance adjusters to purposefully delay, dispute, and completely reject valid injury claims in the name of saving money. And if they do make you an offer to settle, it's probably going to be for much less money than what you're entitled to.

At Ausman Law Firm, we know how to deal with insurance companies and advocate for maximum compensation. Let us put our experience to work for you and fight for every dollar you deserve.

See how an aggressive car accident lawyer in Omaha, NE can help with your claim, and contact us right away to schedule a free consultation.