It may appear as though the roads of America are getting safer. After the economic crash of 2008, fewer vehicles were on the road, and traffic fatalities experienced a corresponding drop. The Washington Post reports that United State traffic fatalities hit an all-time low in 2011. 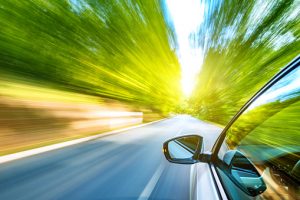 Yet these facts ignore the reality that over 18,000 people died on the road between January 1 and June 31, 2017. Another 2.1 million people were seriously injured in car accidents during that same time period. Despite some improvements in safety, hundreds of injury victims die on the roads of America every day.

After any auto accident, injury victims have legal rights which must be protected. Omaha residents trust the experienced car accident attorneys at the Ausman Law Firm to secure fair legal compensation for their injuries. Learn more about the many causes of traffic fatalities and what you can do to keep the roads of Omaha safe for everyone.

According to the National Transportation Safety Board, auto accidents involving speeding were responsible for more than 112,500 deaths on the roads of the United States between 2005 and 2014. This is almost equivalent to the number of people who died in alcohol-related car accidents during that same time period. Unfortunately, speeding has not received anywhere near the attention, media coverage, or activism afforded to the campaign against drunk driving. Speeding does not face the crucial social stigma that has helped to curb drunk driving in recent years. And yet, in a speeding-related crash, victims are more likely to sustain serious - or fatal - injuries.

So what can be done to address the problem of speeding?

But speeding laws already exist. Until drivers accept personal responsibility for following such laws, speeding deaths will continue to plague America's highways. To that end, it is important for drivers to be aware and cautious of their speed. Friends and family members should speak up when a driver's speed is not safe. While this can be an uncomfortable discussion, it is one that can save lives. Create a calm atmosphere of discussion in which no one is accused of being a "backseat driver".  Grassroots movements have been incredibly effective at targeting the problem of drunk driving, and these can be used to address speeding-related deaths, as well. Consider joining a local advocacy group or campaigning to local politicians.

Teens, in particular, must establish safe driving habits early. Parents should make sure that their teens always follow laws pertaining to speeding, distracted driving, passenger occupancy, and other important safety rules. For more seasoned drivers, it is never too late to re-examine driving habits and commit to safer behavior on the road.