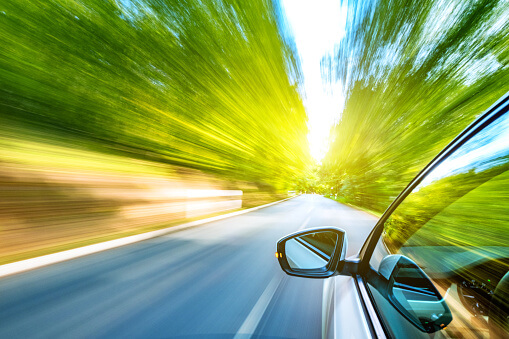 Despite fewer vehicles on the road in the past two years, speeding drivers caused more car accidents than ever before, according to a recent study conducted by the Insurance Institute for Highway Safety (IIHS) about risky driving habits developed during the pandemic.

In particular, the IIHS found that more people drove faster, especially during morning and evening commuting hours early on during the pandemic. However, that trend has not slowed down either, the IIHS reported.

"The empty roads probably tempted pandemic-stressed drivers to put the pedal down," said Jessica Cicchino, vice president of research at IIHS. "But information collected since the lockdowns ended and the roads filled back up suggests that risky driving has become the new normal."

From March 2020 to June 2020, an estimated 50 percent more people drove at least 10 mph over the speed limit compared to the same period in 2019, according to the IIHS.

Initially, researchers attributed the increase to fewer drivers on the road during the pandemic. However, after lockdown restrictions were lifted, speeding drivers and speed-related accidents remained high for the rest of 2020 and 2021, the IIHS reported.

"Higher travel speeds persisted throughout 2020 and 2021, and other forms of risky driving also became more common," the IIHS study says. In addition, the study notes that car accident fatalities in 2020 increased by 7 percent nationwide, even though fewer drivers were on the road that year.

Those numbers only got worse in 2021. Last year, U.S. car accident fatalities increased by 10.5 percent, the most significant one-year increase since the National Highway Traffic Safety Administration (NHTSA) began collecting car accident fatality statistics in 1975, according to The Associated Press.

Car accident fatalities involving younger drivers (18 to 20 years old) who were legally drunk (had a blood-alcohol concentration of 0.08 percent or higher) "soared 40 percent" in 2020, the IIHS reported.

Overall, drunk driving deaths were an additional 5 percent higher in 2021 compared to 2020. And the number of drivers and passengers not wearing seatbelts killed in car accidents in 2021 increased by 3 percent compared to 2020 as well, the IIHS reported.

"With nearly 43,000 lives lost on U.S. roadways last year, we can't accept this increase in dangerous driving behaviors," Cicchino said. "We need to double down on implementing proven solutions that have been shown to prevent speeding, like automated speed enforcement and road designs that slow traffic."

Reckless drivers frequently cause car accidents. But just because someone was negligent doesn't mean you will get fairly compensated for your losses. Often, you have to fight with the insurance company for what's rightfully yours.

The best car accident attorneys know how to deal with insurance companies and can advocate for the compensation their clients are entitled to, whether in court or settlement negotiations.

At Ausman Law Firm P.C., L.L.O., our dedicated legal team has the knowledge, experience, and resources to protect your rights, aggressively advocate for your best interests, and fight for every dollar you deserve.

Put your trust in a law firm that has been standing up for Omaha's injured for 15 years. Contact us today to schedule a free consultation with an Omaha car accident lawyer.