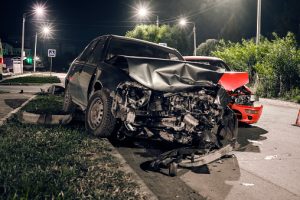 In 2018, Nebraska raised the speed limit on some roads to as high as 75 mph. According to the Insurance Institute for Highway Safety (IIHS), the state's speed limits are as follows:

More than 4,300 speeding citations were issued during that year in Douglas and Sarpy counties. Approximately 571 of those cited were traveling at over 90 mph, and 87 were clocked at over 100 mph.

National data compiled by the Governors Highway Safety Association shows that drivers generally reduced their speed in cities that lowered their speed limits. Boston, for example, lowered its speed limit from 30 mph to 25 m.p.h. on city streets in 2017. The risk of speeding declined by:

"There's three things that happen when you increase speed. One is you decrease the reaction time of the driver. The second thing is you decrease the ability for that driver to control the car, and third thing is the severity of the impact of something you hit is higher," said Eric Koeppe, president and CEO of the National Safety Council Nebraska.

Drivers in Nebraska may exceed the speed limit because they're in a hurry to get to work, or because they don't see the risk in it - particularly because of the open, sprawling roadways.

Speeding is usually attributed to:

Speeding often results in severe and life-threatening injuries to those who are struck in a crash. If you or a loved one was hurt, it's critical that you take immediate action in order to secure your personal injury claim. Seek immediate medical attention, even if you feel OK. Not only does having a documented medical evaluation help support your claim, it can uncover any underlying injuries you may not be immediately aware of.

You should then contact a highly skilled Omaha auto accident attorney at Ausman Law Firm P.C., L.L.O. For more than 10 years, our experienced legal team has taken on insurance companies and helped injured motorists maximize their compensation.

To learn how we can help you, contact us today.