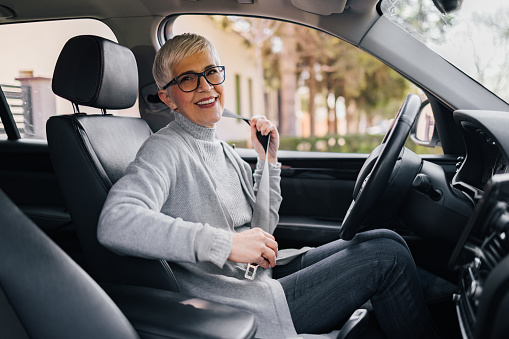 Omaha car accident lawyers explain how to avoid a collision

Car accidents involving older drivers have become increasingly common in recent years. At least, that’s what many people think is the truth. But actual accident statistics tell a different story, according to The New York Times.

“Although there are now more older drivers than ever before on American roads, it seems there’s never been a safer time for those in the upper decades of life to drive a car,” The New York Times reported.

The Insurance Institute for Highway Safety (IIHS) conducted the traffic safety study. The IIHS analyzed car accident data from 1997 to 2018. The study then compared crash statistics based on the age of the drivers.

Experience also plays a role. Older drivers have been driving longer and know what to expect and how to avoid a collision, researchers wrote. Older drivers can assess risk better as well. As a result, drivers over 70 years old “are less likely to drink and drive, speed, ignore road signs, drive in bad weather and drive at night,” The New York Times reported.

What can older drivers do to avoid a collision?

While older drivers clearly have become safer drivers, there’s always room for improvements. So what can older drivers do to avoid a collision? Here are a few helpful suggestions:

Drivers of any age would be wise to take such advice. There’s always more people can do to help avoid causing a collision. Still, even the safest drivers are often involved in crashes caused by other drivers. And when that happens, it’s important that injury victims take action right away to protect their health and their legal rights. That’s why it’s critical that you contact an experienced attorney as soon as possible.

How can a lawyer help?

You might think you don’t an attorney if another driver clearly caused your accident. The police officer who responded to your crash will likely conduct an in-depth investigation. That should be more than enough, right?

Not exactly. While it’s important to have a police officer investigate your car accident, they’re only concerned with determining why your accident happened. They are not interested in whether or not you’re fairly compensated for your losses, which can add up fast after a bad crash.

That’s our job. That’s why we want to meet with you right away. The legal team at Ausman Law Firm P.C., L.L.O. in Omaha has years of experience handling complicated car accident claims throughout Nebraska. As a result, we know how the legal system works here. When you have our law firm on your side, you can rest assured that we will fight for the money you rightfully deserve.

Get the law firm that gets the job done right. Contact us and schedule a free case evaluation with an Omaha car accident attorney you can count on in a crisis. We handle injury claims throughout Nebraska.