Home - Blog - Road to Zero Plan: The Elimination of All Roadway Deaths By 2050

Road to Zero Plan: The Elimination of All Roadway Deaths By 2050 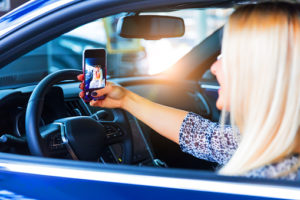 Embracing the idea that driver education never ends is one way to help ensure that the next drive you take won’t be your last.

Key to this change in mindset is making yourself aware of road conditions, always, even on streets and intersections that you’ve driven hundreds of times.

According to the National Safety Council (NSC), this mindfulness entails:

The NSC is a nonprofit that works to eliminate preventable deaths. According to The Sandy Johnson Foundation “driver conditioning” is defined as: “the process through which drivers become conditioned to respond to traffic patterns and road conditions that remain consistent over an undefined period of time or distance.”

The more comfortable a driver is while driving, the less attention he or she might pay to other drivers and road conditions. These drivers can be more likely to miss subtle changes in traffic patterns or road conditions, and that can put the driver, and other drivers, at risk.

How to address the dangers of driver conditioning

Options for dealing with driver conditioning and taking responsibility for poor habits include:

Each option can help deal with driver conditioning and taking responsibility for poor habits. The biggest impact on a community would occur by establishing the required study, PSA’s and early education together, enlisting help to do so from private groups and government agencies.

Is getting to zero highway deaths impossible?

Executing these steps could help in achieving the goal of eliminating all road deaths. The RAND Corporation of Santa Monica, California, working with the NSC, published a study in 2018, “THE ROAD TO ZERO: A Vision for Achieving Zero Roadway Deaths by 2050.”

Confronting driver conditioning will entail embracing technology that could equip all cars to brake automatically, warn drivers about objects in their blind spots, park themselves, adjust speed and stay in lanes. Drivers will need to embrace the development and acceptance of automation in vehicles and the need to spend money to improve infrastructure, according to the RAND report.