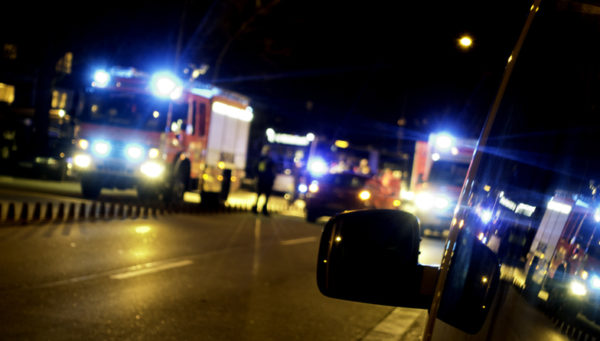 Five high school-aged students were inside an SUV recently involved in a tragic fatal car accident in Omaha.

Police suspect alcohol and speeding may have played a role in the crash, which has sent shockwaves throughout the community.

Omaha Public Schools recently confirmed that four of the teens in the crash have a connection with Omaha Burke High School. The fifth student is a Millard North graduate.

The devastating accident happened on a Friday night in September 2021 near 204th and Q, according to local media reports. Four of the students were seriously injured while one died, an 18-year-old Burke High graduate.

The deadly crash is still under investigation, but police say they have a preliminary idea of what happened.

On the night of the crash, the SUV's driver allegedly attempted to beat a yellow light at the intersection, says the Douglas County Sheriff's Office. Apparently, the driver did not realize another vehicle was coming through the intersection, the police say, which led to the collision. The driver of the second car, a 43-year-old Dawson man, was treated for minor injuries.

Police searched the other vehicles of some of the teens involved in the crash and allegedly found a liquor bottle. This may be evidence the youths were drinking before getting into the violent accident, police say. Law enforcement told local reporters that they are seeking the identity of the person who supplied the booze. In nearly all situations, it is illegal to provide alcohol to minors in Nebraska.

Criminal charges may develop from the incident, police say.

When alcohol is involved in a car accident, most people assume the drunk driver is solely to blame. This is usually the case, but the presence of alcohol is not an automatic determiner of fault.

When it comes to liability, Nebraska follows the modified comparative fault rule with a 50% bar. This means that if you are 50% or more responsible for the accident, you cannot seek compensation for your damages. If you are 49% or less at fault you may seek financial compensation, but your final reward will be reduced proportionately by your percentage of fault.

No matter how obvious the accident you were in seems, you cannot count on the insurance companies making you a fair settlement offer that will pay for your current and future medical expenses and other losses.

In cases involving drunk drivers, it is important for victims to know that even if the at-fault driver is acquitted of criminal charges, you can still take civil action against them through a claim or lawsuit.

If you were hit by a drunk driver, you can reach out to our law firm to learn your legal rights and options.

We understand what is at stake for you and your loved ones, and we don't take that for granted. Our attorneys dig deep to investigate so we can build a strong case based on fact. And when we negotiate with insurance companies, we have the knowledge, experience, and resources to aggressively advocate for the compensation you need and deserve.

Find out what an experienced car accident lawyer in Omaha can do for you and contact us today to schedule a free consultation.