Been in a crash? Make sure you take names and try to remember to write down other details, as well. Especially important after a crash, contacting police and filling out an accident report will establish an official record, according to the balance, a financial advice website.

Filling out a police report ensures all the details of the accident, like the other driver’s name and witness information, are documented. Some states require such reports but even when such a report is not required, you help yourself by at least contacting police and letting them decide if they will come to the crash scene. 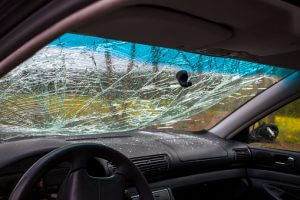 File a Police Report Even If the Car Accident Seems Small

You are required in Nebraska to complete a motor vehicle crash report within 10 days if the incident caused physical injuries or death of a person, or more than $1,000 in damages.

Filling out a police report after a crash means you are protecting your interests and heeding the law. Such a record can also help if a lawsuit is filed after the crash.

Other reasons to fill out a police report after even a minor crash? Sometimes medical problems surface only later, and you don't know what the other driver will do or say after you have left the crash scene.

Many drivers that get in an accident are shaken up. Remember that police have experience in spotting matters in relation to a crash that can be helpful in filling out an accident report.

If the Police Don’t Come to the Accident

Police might be unable to come to a crash scene. Reasons include that the crash was minor or officers are otherwise busy.

Here’s how to establish a record of a crash if police can’t come to the scene:

Following a crash, you should also get immediate medical attention and then speak to an experienced Omaha car accident attorney as soon as possible. For legal help, contact Ausman Law Firm P.C., L.L.O. today. If you've been injured, we can help. Set up an appointment to come in for a free consultation.