Home - Blog - Omaha’s Only Protected Bike Lane To Be Removed

Omaha’s Only Protected Bike Lane To Be Removed 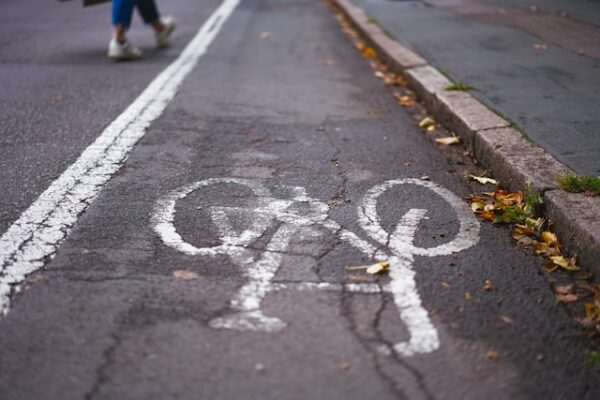 Will this decision lead to more bicycle accidents in Omaha?

Omaha recently decided to remove the city’s only protected bike lane, outraging bicycle safety advocates who insist that the Market-to-Midtown Bikeway pilot program was extremely popular and should have been continued in the future, according to several news sources, including The Reader.

“Bike Walk Nebraska questions the logic of removing a bike lane serving 50,000 rides since the start of the project on a street which will be torn up for the streetcar construction in 18-24 months,” Bike Walk Nebraska said in a statement.

Protected bike lanes have been shown to help prevent bicycle accidents, which often result in serious injuries or fatalities. Our Omaha bicycle accident attorneys at Ausman Law Firm P.C., L.L.O. know all too well how devastating collisions caused by drivers involving cyclists can be in Nebraska. That’s because our law firm has worked with cyclists injured in accidents caused by motor vehicles.

Metro Smart Cities in Omaha voted in September to remove the Market-to-Midtown Bikeway, which began as a pilot project in April 2021 and which ran down Harney Street from 10th Street to Turner Boulevard.

Bicycle accidents often occur because drivers do not share the road with cyclists and behave recklessly or negligently. Examples include:

Why should I hire an Omaha bicycle accident lawyer?

Cases involving cyclists might seem straightforward. But the reality is many bicycle injury claims often turn out to be complicated legal cases. Many times, drivers try to blame cyclists for causing collisions. Worst of all, the at-fault driver’s insurance company often does everything possible to reduce or deny your injury claim.

At Ausman Law Firm P.C., L.L.O., we understand how to deal with insurance companies and can help you every step of the way. We know the laws that apply to bike accidents in Nebraska. We know what evidence to look for and how to put everything together into a strong legal case. And we know how to fight for the compensation injured cyclists deserve.

Learn more about your legal rights. Contact us and schedule a free consultation with our law firm to find out how an experienced Omaha bicycle accident lawyer can help you. We work on a contingency fee basis. That means you only have to pay us if we secure a financial settlement or verdict for you. We handle bicycle accident injury claims throughout Nebraska.