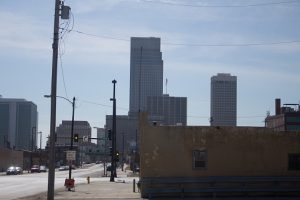 You may have heard of the recklessness and aggression of drivers in urban areas like Boston, New York, Miami, Chicago, Oakland, and Los Angeles. But Omaha, Nebraska?

How dangerous are Omaha roads?

In general, what the insurance researchers discovered among Omaha motorists was a higher propensity for:

As the QuoteWizard analysis explained, there are more of these driver offenses in Omaha per capita than in other places in the U.S. and the incident rate has climbed. There was also a substantial spike in the number of fatal and nonfatal crashes. The number of DUI arrests dropped, which is good news, but it wasn't enough to keep the city out of the top worst spot.

The fact that crashes are up while DUIs have fallen indicates there is likely some other cause fueling the rise in collisions. What our Omaha car accident attorneys have seen is an increase in distraction among drivers. Distracted driving and speeding were both among the top causes of traffic crashes in Omaha.

It's true that different polls use varying standards for reaching their "worst driver" conclusions. But the entire state of Nebraska doesn't fare well either, earning the 6th "worst" ranking by Advocates for Highway & Auto Safety (which ranked the city of Omaha 8th nationally for worst drivers).

In the event that you or a loved one is injured in an auto accident, it's crucial that you take the appropriate steps when securing your claim. Be sure to take pictures of the crash scene, speak to witnesses, and report the accident to law enforcement. You should also seek immediate medical attention, even if your injuries seem minor.

Most importantly, you should speak to an experienced auto accident attorney who can investigate your crash and negotiate with insurance companies. Contact Ausman Law Firm P.C. today and find out how we can help you.