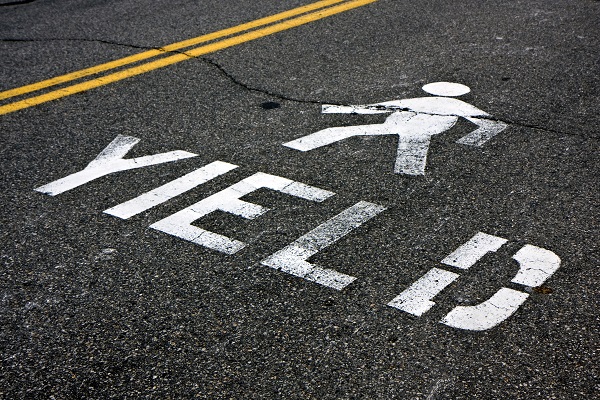 How safe are Omaha's roads? Our pedestrian accident lawyers discuss.

A recent pedestrian accident fatality in Omaha prompted an outpouring of support for the victim's family, along with calls of action aimed at preventing similar tragedies in the future, according to News 6 WOWT Omaha.

"We're trying to put a spotlight on our road traffic victims in Omaha," Matt Wayne of Mode Shift Omaha said in an interview with News 6 Omaha in response to the fatal pedestrian accident that took the life of a pregnant woman who died while crossing Dodge Street in Omaha.

Sadly, such accidents have become increasingly common in Omaha and throughout Nebraska. The Omaha pedestrian accident attorneys at Ausman Law Firm P.C., L.L.O. know because we have been helping injury victims and their families deal with the aftermath of such serious accidents for years.

That figure accounts for nearly half of all pedestrian accident deaths statewide in Nebraska this year, according to data collected by the Nebraska Department of Transportation. So far this year, 22 pedestrian deaths have occurred in Nebraska, the highest number in more than a decade.

Why do pedestrian accidents happen?

Pedestrian accidents occur for many reasons, from road designs that don't consider pedestrians to hazardous weather conditions. But in many cases, people are hit by cars because of driver negligence. This includes:

What can be done to prevent pedestrian accidents?

Mode Shift Omaha believes more needs to be done to prevent pedestrian accident fatalities. "The city adopted a Vision Zero program in 2017, and right now, they follow it on a volunteer basis, we would like to see some of those policies implemented as a permanent part of our infrastructure to create safer streets," Wayne said in an interview with News 6 Omaha.

Suggestions for preventing pedestrian accidents include:

How an Omaha pedestrian accident lawyer can help

Pedestrian accidents might seem straightforward. A driver clearly caused the collision. The Omaha Police Department or another law enforcement agency will likely investigate the accident. But you need to understand that the police investigation will probably only focus on why the collision occurred, not whether you're fairly compensated for your injury-related expenses.

That's our job. That's why we want to help. The Omaha pedestrian accident attorneys at Ausman Law Firm P.C., L.L.O. know exactly what to do in such situations. We know what questions to ask and what evidence to look for to help you obtain the compensation you need and deserve. We also work on a contingency fee basis. That means you only have to pay us if we secure a financial settlement or verdict for you.

Discover what we can do for you. Contact our law firm and schedule a free consultation with an Omaha pedestrian accident lawyer who puts your best interests first. We handle pedestrian accident injury claims throughout Nebraska and look forward to talking to you about your potential legal case.