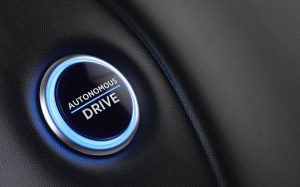 Many Americans aren’t ready for it yet, but self-driving cars are coming. Nobody knows for sure when it will be the norm in automotive technology, but we know it will be – sooner or later.

According to its annual automated vehicle survey, the American Automobile Association (AAA) reports that 71 percent of respondents fear the risks of ridings in fully self-driving vehicles.

The overall distrust of autonomous vehicles comes on the heels of several crashes that have occurred since they began emerging on the market. Most notably, a pedestrian was struck and killed by a self-driving Uber in Phoenix, AZ in 2018. The accident was blamed on the emergency braking system being disabled and no alert given to the vehicle occupant to apply the brakes manually. In addition, the vehicle operator was reportedly distracted at the time of crash.

About 55 percent of respondents also believe that by 2029, autonomous technology will be standard on all vehicles. Many raised some doubts, however, such as motorists not willing to give up driving as a task, the technology not being fully developed, and a general lack of trust from the public.

In the meantime, AAA continues to work on building the public’s trust in autonomous technology through unbiased testing and additional safety research.

If you’re injured in a car accident involving an autonomous vehicle, it’s critical that you know your rights. The attorneys at Ausman Law Firm P.C., L.L.O. are experienced at handling all types of crashes and helping injury victims get results.

Contact us today to learn how we can help.