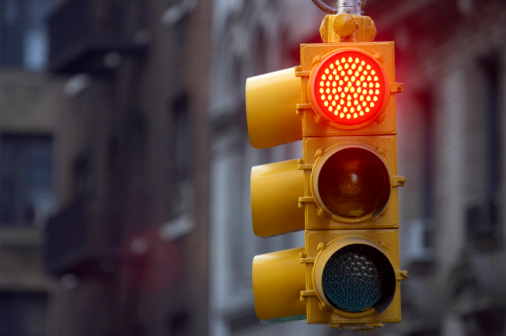 Far too many drivers in Omaha and throughout Nebraska run red lights, even though entering an intersection any time after the light has turned red is a traffic violation and extremely dangerous. And while some drivers may incorrectly think that running a red isn't that big of a deal, the behavior is something that often causes serious and sometimes fatal car accidents.

According to the Insurance Institute for Highway Safety (IIHS), 846 people were killed and 143,000 were injured in car accidents that involved red-light running in 2019. Over half of those who died were pedestrians, bicyclists, and people in other vehicles.

The Omaha Police Department responded to a fatal accident that happened in late March on a Monday morning near Eppley Airfield. Police say the crash happened at the intersection of Locust Street and Abbott Drive after a school bus ran a red light and struck another vehicle, according to a report by KOLN. The driver of the car was a 59-year-old man, who was pronounced dead at the scene.

There were no children on the school bus at the time of the crash, and the school bus driver was transported to Nebraska Medicine with pain. Tragically, accidents like this are happening all too frequently in Nebraska and across the nation.

The National Coalition for Safer Roads (NCSR) stresses the importance of intersection safety for every community. Here are 7 facts from the NCSR that every driver should know about red-light running:

According to IIHS, the timing of the yellow light signal is an important factor in reducing car crashes. Studies show that increasing the timing can significantly decrease the number of red-light violations and overall reduce the risk of accidents.

Red-light cameras can also help reduce car accidents. They automatically take a picture of the vehicles that run through them. When the camera catches a driver committing the violation, a ticket is issued. The cameras are also useful to determine fault when a crash occurs.

If you were injured in an accident caused by a red-light runner, you might think you don't need an attorney to help you recover your losses. But the reality is, insurance claims involving red-light runners can quickly turn into complicated legal cases.

Sometimes, witnesses have conflicting viewpoints on what happened. Other times, the at-fault driver will claim you were responsible for the crash. Evidence such as red-light camera footage can be difficult to obtain if it hasn't already been overwritten or deleted.

That's why you should talk to a car accident attorney about your legal right and options. At Ausman Law Firm P.C., L.L.O., we know how the legal system works in Nebraska and can guide you through every step of the process.

We know the games insurance companies play to try to downplay or deny injury claims, and we fight back against them with rock-solid cases that are built to obtain maximum compensation.

Get the law firm that puts your best interest first. Contact us today for a free consultation with an experienced car accident lawyer. Our office is located in Omaha, NE, and we handle injury claims throughout the state.