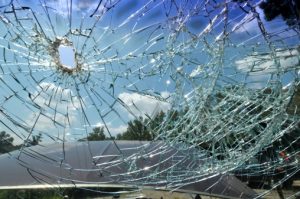 Nebraska roads haven't been this deadly in years. The project coordinator of the Nebraska Safety Council reports that May 2018 was the deadliest month on our roads since June 2016, with 28 people killed in a total of 24 car accidents. As Coordinator Mark Segerstrom reported:

One Sunday morning, on a stretch of I-80 between Lincoln and York, a semi-truck driver was killed in a fiery crash. Four hours earlier, a crash nearby had killed four people in passenger cars. One week earlier, in the same area, a series of crashes resulted in one person dead and more than a dozen injured.

Officials opined dust clouds in nearby fields were a contributing factor. However, just because some natural occurrence or condition exists does not absolve all drivers of liability. That's because state code Neb. Rev. Stat. 60-6,140 indicates that no motor vehicle driver shall follow another more closely than is "reasonable or prudent," and shall have "due regard for the speed of such vehicles AND the traffic upon and the condition of the roadway." In other words, all drivers have a responsibility to consider the conditions of the road, and if there is some impediment, such as visual obstructions or physical hazards, they must adjust their speed and operation accordingly. Failure to do so can be evidence of negligence, used to establish liability to cover damages for serious injuries.

More than one auto insurance policy may be liable to cover damages in a given crash (including one's own uninsured/underinsured motorist coverage), but most policies have a per-person and per-accident cap. Minimum mandatory auto insurance levels in Nebraska are $25,000 per person and $50,000 per accident in bodily injury liability coverage. It's typically advisable for drivers to carry more than that, as this often does not fully cover damages in such a case.

Nebraska also requires all motorists to carry the same minimum coverage for UM/UIM coverage. As a "tort" state for auto insurance, it's the at-fault driver's responsibility to pay the victim's medical expenses.

In terms of roadway conditions, our auto accident attorneys understand part of the problem is that traffic infrastructure in Nebraska is crumbling, making certain roadways difficult to travel and more accident-prone. State lawmakers have announced a five-year plan that would invest $600 million in state road projects (40 percent of that derived from federal coffers). The Transportation Innovation Act will allow for the completion of Nebraska's expressway system, with bids beginning next year and construction breaking ground in 2020. Desperately needed mobility and safety improvements will be included on the U.S. 77 corridor.

But those infrastructure updates, while needed, cannot replace the need for all motorists to practice safe, defensive driving habits. In the event that you've been injured in a crash, contact Ausman Law Firm P.C., L.L.O.