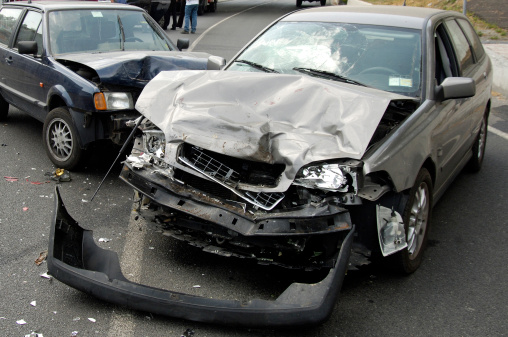 Despite fewer drivers on the road, car accident fatalities have increased dramatically in the past two years, according to accident statistics compiled by the National Highway Traffic Safety Administration (NHTSA) and as reported by many news outlets, including The New York Times.

“This is a national crisis. We cannot and must not accept these deaths as an inevitable part of everyday life,” Department of Transportation Secretary Pete Buttigieg said in an interview with the NHTSA.

Dr. Steven Cliff, NHTSA’s Deputy Administrator, agreed. “We have to change a culture that accepts as inevitable the loss of tens of thousands of people in traffic crashes. This will require a transformational and collaborative approach to safety on our nation’s roads.”

Car accident fatalities nationwide in 2019 reached their lowest level in years. Or as The New York Times put it, “the annual death rate from crashes (in 2019) was near its lowest level since cars became a mass item in the 1920s.”

However, those numbers only tell part of the story. Since there were fewer drivers on the road in 2020, per capita vehicle deaths were actually 17.5 percent higher in 2020 compared to 2019, according to The New York Times. That’s the largest increase “since just after World War II.”

One year after the record increase in car accident fatalities in 2020, the problem only got worse in 2021. According to early estimates by the NHTSA, traffic fatalities increased by double digits in 2021 when compared to 2020.

Why are fatal crashes up?

Specifically, during the first nine months of 2021, an estimated 31,720 people died in motor vehicle traffic accidents last year. In contrast, 28,325 people died during the same nine-month period in 2020, which represents an increase of 12 percent.

Car accidents fatalities surged higher for several specific reasons. According to the NHTSA, motor vehicle fatalities increased due to:

While motor vehicle fatalities continued to climb higher in 2020 and 2021 nationwide, a different trend developed in Nebraska. Both years, car accident fatalities decreased in Nebraska, according to KOLN News.

According to accident statistics compiled by the Nebraska Department of Transportation and Nebraska State Patrol, there were 233 car accident fatalities in 2020, a decrease of 15 deaths or 6 percent compared to 2019, when there were 248 deaths statewide.

If you're in Nebraska and you were injured in a car accident that wasn't your fault, you have the right to seek compensation for your medical bills, lost wages, and other losses. The problem is car accident claims often turn out to be complicated legal cases. That’s because the auto insurance company for the at-fault driver has a vested interest in paying you as little money as possible. In some cases, an insurance adjuster may even claim the accident was your fault and offer you nothing at all.

We know the games insurance companies play, and we don't stand for them. That’s why we have such a strong track record of success representing crash victims in Omaha and throughout Nebraska. When you have our dedicated legal team on your side, you can focus on healing while we aggressively advocate for the money you rightfully deserve.

Discover what an experienced Omaha car accident attorney can do for you and schedule a free case evaluation. There are no obligations, and everything you tell us is confidential. We also offer no win, no fee agreements to our clients. That's because we take cases on a contingency fee basis. To find out more, contact us today.