Fighting On Behalf Of the Injured In Nebraska and Iowa 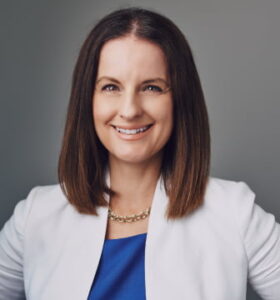 Michelle Epstein graduated from the University of Nebraska College of Law in 2000. After graduating from law school, she served as a law clerk to the Honorable Edward E. Hannon at the Nebraska Court of Appeals. This opportunity provided an invaluable start to her legal career, as she was able to witness firsthand the way judges analyze the law and the facts of a case, review the evidence and trial record in many different types of cases, and sharpen her legal research and writing skills.

After clerking at the Nebraska Court of Appeals, Michelle began practicing law in 2001 at a civil litigation law firm in Omaha, working on behalf of insurance companies and their insureds in lawsuits filed by injured people. She also helped advise insurance companies about whether certain claims were covered under automobile, business and workers' compensation insurance policies.

In 2012, Michelle joined Ausman Law Firm, P.C., L.L.O., excited for the opportunity to put her insurance claims and trial experience to work in helping the injured. Michelle's background allows her to maximize the value of her clients' injury claims and successfully fight insurance companies when necessary.

Michelle represents injured people in Nebraska and Iowa. She has obtained favorable results for clients in Nebraska and Iowa, including successful mediations and favorable jury verdicts. Whether you have been injured at work, in an automobile accident or at a construction site, Michelle can help you decide 1) whether you need a lawyer; 2) whether you are entitled to compensation; and 3) how to maximize the value of your personal injury claim.