A Trial Lawyer Committed to Helping the Injured 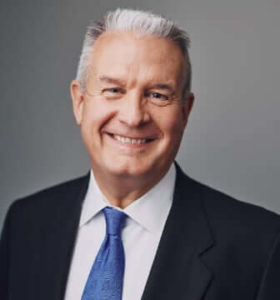 Matt is a lifelong resident of Omaha, born and raised, and is a graduate of Ryan High School. Matt's father was also a lawyer, which led him to a career in the law. Matt attended St. John's University as well as Creighton University, graduating with distinction. He was admitted to practice law in 1989 and was admitted to practice law in the Nebraska State and Federal Courts that same year.

Matt’s first job out of law school was working for one of Omaha's premier injury trial lawyers. His success in the courtroom led to his being offered a job at a large insurance defense firm. Matt's work defending insurance companies gave him first-hand experience and insights into how insurance companies try to minimize their responsibility to injured people. After winning a case he should not have, where a semi-truck driver hit and injured another driver, Matt walked away from his job, vowing never to represent insurance companies again.

Since then, Matt has dedicated himself to doing everything in his power to level the playing field between large corporations and his injured clients. Because of his reputation as a trial lawyer as well as his experience working both for and against insurance companies, Matt is frequently sought out as a mediator for personal injury lawsuits.

Matt in his own words

“Over the course of my life, I have come to the conclusion that the only things that truly matter are our health and our relationships with our loved ones and friends. Seeing firsthand the devastation that catastrophic injuries inflict on individuals and families is a moving experience. What strikes me most is how fragile life is and the randomness with which tragedy strikes. When people are struck by a catastrophic injury or event, they are usually overwhelmed. Add to that the fact that our legal system is adversarial, and you have people who are in need of someone who can take control of their legal issues so they can focus on their healing.”

“Most people have no interest in going to trial, and I understand that. However, for you and your family to be compensated fairly, you must have a lawyer who has proven their ability to successfully try cases in the courtroom. Insurance companies don't take claims seriously otherwise. The vast majority of cases are settled without going to trial, but the amount of compensation the insurance company pays will be greater if they know the lawyer for the injured party can successfully try the case to a jury. Many lawyers hold themselves out as being personal injury lawyers, but there are only a handful of lawyers who actually try cases. If you are serious about protecting yourself and your loved ones after a catastrophic injury or event, you need to have a lawyer who knows their way around a courtroom.”

“It is a tremendous responsibility to be entrusted with protecting the future well-being of another person as well as their family. I have also found it to be an incredible honor and privilege. People come to us having had the unthinkable happen and trust us to see to it that they are protected and taken care of legally and financially. Our success in doing all that can be done to make things right for people is the most satisfying feeling I have ever experienced.”